Hypatia born between AD 350 and 370; died March 415) was a Greek scholar from Alexandria, Egypt, considered the first notable woman in mathematics, who also taught philosophy and astronomy. She lived in Roman Egypt, and was killed by a Christian mob who accused her of causing religious turmoil. Some suggest that her murder marked the end of what is traditionally known as Classical antiquity, although others such as Maria Dzielska and Christian Wildberg observe that Hellenistic philosophy continued to flourish in the 5th and 6th centuries, Wildberg suggests until the age of Justinian.
The life of Hypatia ended tragically, but his life’s work remained. Later, Descartes, Newton, Leibniz and expanded their work. Hypatia made extraordinary achievements for a woman in his time. Philosophers have considered it as a woman of great knowledge and an excellent teacher.

Hypatia of Alessandria help you with

In Egyptian mythology Seshat (also spelled Safkhet, Sesat, Seshet, Sesheta, and Seshata) was the Ancient Egyptian goddess of wisdom, knowledge, and writing. She was seen as a scribe and record keeper, and her name means she who scrivens (i.e. she who is the scribe), and is credited with inventing writing. She also became identified as the goddess of architecture, astronomy, astrology, building, mathematics, and surveying. These are all professions that relied upon expertise in her skills. She is identified as Safekh-Aubi in some late texts.

Mistress of the House of Books is another title for Seshat, being the deity whose priests oversaw the library in which scrolls of the most important knowledge were assembled and spells were preserved.

Michel de Nostredame (14 December or 21 December 1503 – 2 July 1566), usually Latinised to Nostradamus, was a French apothecary and reputed seer who published collections of prophecies that have since become famous worldwide. He is best known for his book Les Propheties (“The Prophecies”), the first edition of which appeared in 1555. Since the publication of this book, which has rarely been out of print since his death, Nostradamus has attracted a following that, along with the popular press, credits him with predicting many major world events. The prophecies have in some cases been assimilated to the results of applying the alleged Bible code, as well as to other purported prophetic works.

Nostradamus Energy System will help you with: 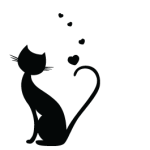 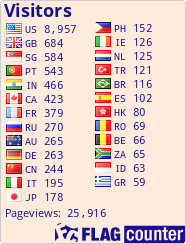